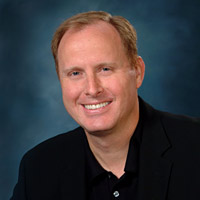 isn’t as high profile as in its EverQuest heyday, but it’s settled in as one of the biggest players in free-to-play triple-A games. President John Smedley discusses why he thinks SOE’s headed in the right direction.

Most company presidents spent E3 locked in meeting rooms, only getting a few sparse moments to explore the show floor. Not Sony Online Entertainment’s John Smedley. He actively spent time in the thick of things — though he rarely strayed far from his own booth.

Smedley’s a heavy FPS fan — and he’s especially enamored with SOE’s upcoming action MMO Planetside 2. That professed dedication isn’t unusual when an executive has a product to sell, but few of those executives arrive to E3 2.5 hours early so they can sneak in a couple hours of gameplay, and lob trash talk at other players.