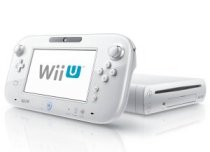 SVP Tony Key believes in the potential of Nintendo’s innovative new Wii U. Problem is, he’s not totally sure if the general consumer really understands the console’s potential.

With the exception of Microsoft, Sony and Nintendo, no one bets more heavily on new console launches than Ubisoft.

It’s something of a video game industry tradition that the publisher rushes headlong into new system launches — and with the Wii U on the way, it plans to have six titles available on day one (with three more coming by the end of Nintendo’s extended “launch window”).