years after it broke onto the scene, Dungeons and Dragons is getting a brand new start.

Wizards of the Coast, which owns the rights to the iconic role-playing game, has started rolling out the fifth edition of the series, launching a new D&D Starter Set.

In a recent podcast we can’t offer a link to because the language is WAY too salty for a nice family audience, the rapper/TV star describes a recent job where he was hired to voice an audiobook.

There are plenty of activities planned to celebrate the 40th anniversary of Dungeons and Dragons, but this might just be the weirdest.

& Dragons, the tabletop game that introduced fantasy role-playing to most of the world, turns the big four-oh this weekend — and it’s showing no signs of slowing down.

While D&D is almost a recurring character on some prime time TV shows these days (hat tip to you, producers of “The Big Bang Theory”), it spent years as the calling card of the socially awkward. No matter how fun the game is, toting around bags of polyhedral dice and regularly consulting the Monster Manual for hit-point data was never a way to get in with the cool kids.

“Neverwinter Nights,” one of the most storied 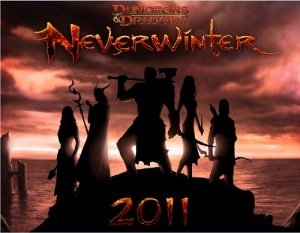 role-playing game franchises, is getting an update. Atari today announced “Neverwinter,” a new title utilizing the Dungeon and Dragons license, will hit shelves late next year.

Last June, Variety was first to break the news that Atari was relaunching the series. Sources, at the time, told us Atari’s Cryptic Studios would revived the game as a massively multiplayer online title, with an eyed 2011 release. Today’s announcement stops short of calling it an MMO, but does refer to the game as a “new online role-playing game”.