The critics have lavished it with praise and early fan feedback is just as adoring, but before you get in too deep, consider these helpful starting tips.

most controversial video game franchise in the world is back – and it’s stealing the hearts of critics all over again.

It’s been five years since Rockstar Games last released a Grand Theft Auto game, so the expectations for Grand Theft Auto V, which stormed retail stores last night to crowded lines of eager gamers, are sky high. The last GTA game set sales records upon its release, and many expect the new game to do the same. It will also earn countless headlines for its mature subject matter — a new round of video game violence chatter will almost certainly erupt — but the real reason why everyone should be excited about GTA V is that it’s an amazing video game. 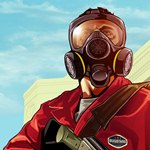 Rockstar delayed another game. Is anyone really, truly surprised by that?

In my nearly 20 years covering video games, Take-Two’s crown jewel has missed more initial deadlines than I can count, but that hasn’t stopped them from knocking it out of the park more times than they’ve whiffed. This delay, though, could have a more notable impact on the industry than previous postponements.