the former chief technical officer of Lucasfilm who hopped over to Hewlett-Packard in February, is on the move again.

Kerris, who was head of worldwide developer relations at the Silicon Valley firm, “has decided to leave HP to pursue an opportunity outside of the company, effective immediately,” according to a company spokesperson. 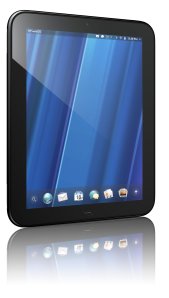 the TouchPad, the words “iPad killer” were whispered on a few sites previewing the device. That’s not unusual hyperbole in the tablet world, but HP had integrated Palm’s beloved WebOS onto the system, making it very user friendly.

Today, one month after releasing the TouchPad to retail, Hewlett Packard announced plans to discontinue the device – making it one of the most colossal failures in the tablet space.