the classic game that has been on pretty much every game system to come out in the last 30 years, has broken into a new frontier: clothing.

Superfan Marc Kerger has created a wearable, playable version of the game in the form of a t-shirt. The DIY project made its debut on YouTube – and it’s quickly finding a following among loyal fans of the game.

“Halo,” before “Call of Duty” and before “Grand Theft Auto,” there was “Tetris.”

The tile-matching game that Alexey Pajitnov created on a whim in 1984 quickly became a global sensation, going on to be played on more than 50 gaming platforms in over 185 countries.

should never have become a hit, much less a global sensation. But you just can’t keep a great game down.

Today, Tetris celebrates its 30th birthday. Famed Tetris creator Alexey Pajitnov says despite the obstacles, he knew the legendary puzzler was destined to be something special the moment he released in on June 6, 1984.

you ever meet technical designer Kevin Bates and he offers you his business card, take it!

While the business card most of us carry is an outdated remnant of the pre-smartphone era (seriously, who still keeps a Rolodex on their desk?), Bates has made it relevant again — or at least a lot more fun — by including a playable game of Tetris on the back of his.

to popular opinion, video games can be good for your eyes.

Researchers at McGill University in Montreal have found that puzzle games, especially the classic block-dropper Tetris, are effective in helping treat patients with amblyopia, better known as lazy eye.

a new word game to fill your spare time? SpellTower borrows from a variety of games (from Boggle to Tetris) to create something unique. 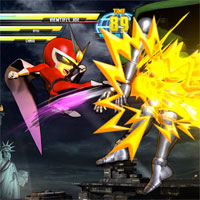 Chris Morris looks at video games’ presence at the major electronics show, examining how the show hints at the blossoming of a post-console future for games.]

For a trade show that’s not about video games, there sure are a lot of people talking about and playing them here at the 2011 Consumer Electronics Show.

OnLive, Kinect and Playstation are being discussed nearly as much as tablets, 3D TVs and cameras. It’s some of the clearest proof yet showing that as video games evolve and grow, the industry is moving closer and closer to the world of mainstream entertainment.

Panasonic is getting its game on. The electronics giant

has struck a deal with Oberon Media to carry that company’s I-play TV in all 2011 Vierra Connect HDTVs.

It’s a big opportunity for the casual gaming service, which is also announcing today that it has locked up the Smart TV rights to “Tetris”. New Internet-enabled sets from one of the industry’s leading manufacturers will now feature its top franchises, which also include “Dream Day Wedding” and “Bubble Town” – along with casual standards such as “Solitaire” and “Texas Hold’em”.