there’s an understandable excitement that surrounds the launch of new video game hardware, the real fun usually doesn’t start until a year or so after the systems hit store shelves.

Last year’s launch of the Xbox One and PlayStation 4, if we’re being honest with ourselves, didn’t have an especially stellar lineup of games. But the story’s much different as 2014’s holiday season gets underway—and that’s good news for players.

Bracewell Giuliani will represent the company in its defense against claims by the former ruler that the videogame publisher unlawfully used his image for monetary gain. And leading the charge is former New York City mayor Rudy Giuliani, who will serve as co-council on the defense team. His first step: Filing a motion to dismiss the lawsuit Monday morning in the Superior Court of the State of California.

over Xbox Live has taken on new, dangerous proportions.

One particularly bitter opponent called the Long Island SWAT team on his opponent after losing a game of Call of Duty.

is getting into the microtransaction game, and it’s bringing its most notable franchise along for the ride.

Starting today, Call of Duty: Black Ops II will let players pick up small items such as extra loadout slots and gun personalization packs for prices ranging from $1 to $5. 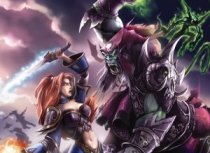 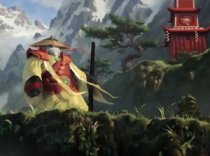 Entertainment was hoping Mists of Pandaria, the latest World of Warcraft expansion pack, would help shore up the game’s rapidly declining subscription numbers.

But so far, it’s far from clear if the game is finding an audience.

Blizzard Entertainment to the long list of video game companies that have been hacked in the past 18 months.

Mike Morhaime, president of the company behind titles such as World of Warcraft, StarCraft II, and Diablo III, announced the breach of the company’s Battle.net servers in a note to users late Thursday afternoon, urging them to change their passwords. 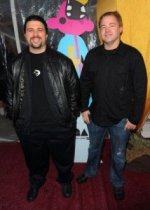 of the ugliest lawsuits in the video game industry’s history has been settled just days before going to court, but the legal fireworks may not be over yet.

Activision and Electronic Arts have settled their differences over Jason West and Vince Zampella, former heads of Infinity Ward and creators of the Call of Duty franchise and “agreed to put this matter behind them,” the two publishers said in a joint statement. 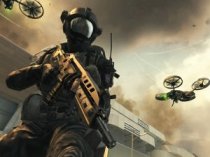 Amazon reports the game, which was just announced this week, is on track to become the most pre-ordered game in its history, outpacing Modern Warfare 2, Black Ops and…um, well, a bunch of other Call of Duty games.