is at the heart of a storm of controversy after players of World of Warcraft caught wind of an offer giving anyone the opportunity to pay their way to a Level 90 character.

The offer was spotted by WoW Insider, who took took a screengrab of what clearly looks like the ability to buy a Level 90 character for a shocking $60. The offer has since been removed.

plenty of us thought it would never come to pass, it appears the World of Warcraft movie is actually happening.

Shooting on the feature is set to begin next year, which would keep it on track for its planned summer 2015 release.

the call to play the Man of Steel is undoubtedly one of the biggest moments of actor Henry Cavill’s career, but he almost didn’t answer it.

He was too busy playing World of Warcraft. 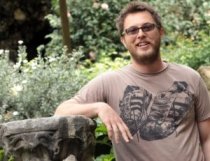 famed director Sam Raimi dropped out of the long-in-development World of Warcraft film last summer, fans feared it would never get made.

That discouragement has turned to optimism once again, though, as Duncan Jones — whose directorial work on films such as “Source Code” and “Moon” has earned him heaps of critical praise — has signed on to shepherd Azeroth to the big screen.

Blizzard Entertainment to the long list of video game companies that have been hacked in the past 18 months.

Mike Morhaime, president of the company behind titles such as World of Warcraft, StarCraft II, and Diablo III, announced the breach of the company’s Battle.net servers in a note to users late Thursday afternoon, urging them to change their passwords.

Sith are doing a number on the Horde.

Blizzard Entertainment has acknowledged that the December launch of EA’s Star Wars: The Old Republic is a notable part of the reason subscriptions to World of Warcraft have been on the decline lately. 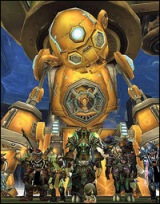 Warcraft” creator Blizzard Entertainment, which had been immune from broad staff cuts throughout its 20-plus-year existence, announced plans Wednesday to slash 600 positions from its payroll.

Roughly 60 of those jobs will be game developers, with the rest coming from other divisions. While the company did not specify precisely where it will trim the extra workers, industry observers expect the majority to come from the customer-service unit. 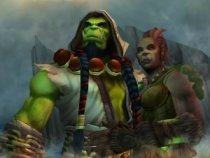 Or at least World of Warcraft.

A new study out of North Carolina State University finds that the massively-multiplayer behemoth can have a beneficial impact on the brains of elderly players.