Will the next Xbox continue the reign of success Microsoft has seen this generation or will it stumble Sony-style, losing momentum at a critical junction for console systems? The answer could lie in a single feature.

Kotaku recently reignited the rumor about the next Xbox requiring a constant connection to the Internet – and Microsoft Studios’ creative director did nothing to put out that growing brushfire with his Twitter fiasco last week.

Will the next generation Xbox require an ‘always-on’ connection? There’s nothing to base that on right now except for rumors and the echo chamber of the Internet. But, for the sake of argument alone, let’s say that is an upcoming feature. Is it as bad as it seems?

wait to learn what Microsoft has in store for the next generation now has a countdown.

The Verge reports that the company will hold an event on May 21 to reveal the new console, with a more complete look to follow a few weeks later at E3 2013. 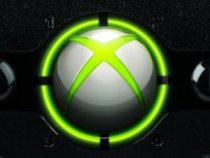 it a hint at one of the new Xbox’s features? Was it a friendly argument that spun out of control? Either way, a tweet from a Microsoft bigwig has turned into a public relations debacle.

Microsoft Studios’ creative director Adam Orth took to Twitter Thursday to comment on the growing gamer disgust with “always on” DRM, essentially technology that requires a game or device to be connected to the internet to work properly. That tech made the launches of high-profile PC games Diablo III and SimCity disastrous, and rumors are swirling that it will be included in the next Xbox system as a means to thwart used game sales.

hasn’t been a smooth ride for Nintendo’s Wii U. It’s premature to call the system a flop, but it’s undoubtedly been a disappointment thus far.

Nintendo’s new console system had a decent start, selling 463,000 systems in December of last year, but that paled compared to the 890,000 Wiis that were sold during that console’s debut. Worse yet, the Wii U sales drop since then has been dizzying. In January and February combined, only 112,000 Wii Us were sold, according to The NPD Group. To put that in perspective, the Wii sold 683,000 in that time frame. Both the Xbox 360 and PS3 have thoroughly outsold the Wii U in 2013.

video games isn’t supposed to be upsetting. You might feel some competitive pressure during a harrowing multiplayer match or a difficult level might drive you a little crazy, but “angering consumers” isn’t exactly a top priority for game makers.

Some of these features are meant to curb piracy. Some aim to boost revenues. Some attempt to promote technology. Others? Well, we’re really not sure why anyone thought they were a good idea. Here are five new game features we desperately wish we could unplug.

that time as the only next-generation console on the market, Wii U. The competition is coming sooner than you might think.

Bloomberg reports Microsoft will release its next generation Xbox in time for the 2013 holidays. While the date has been widely expected, the news service says unnamed company insiders have now confirmed the time period.

is rumored to be readying a low-cost “Xbox TV” console focused more on entertainment than games, but will the move confuse customers? Or will it ease the transition to a likely-expensive Durango?

Six years ago, when Microsoft launched the Xbox 360, people scratched their heads at the company’s strategy. Two notably different SKUs? Wouldn’t that confuse people? Surely this was a stumble by Microsoft, which would hurt it at retail.

Of course, it wasn’t long before Sony announced plans for a similar strategy — and Nintendo eventually followed suit with the Wii U. And you don’t have to look further than Microsoft’s 20-month run as the country’s best selling console to see the strategy worked — and worked well.

Now there are whispers that Microsoft is preparing to do it all over again, only this time instead of differentiating its systems by the size of their hard drives, it’s rumored to be preparing a low-cost alternative, dubbed “Xbox TV,” to its next-generation console, which will focus on “core entertainment services” (aka, the kind you don’t play with) and cater to a casual audience.

left a lot of people hungry for details about its next-generation console system at this year’s E3. This past weekend, however, those people had plenty to chew on, courtesy of a leaked document that purports to offer plenty of previously unannounced details on the system.

The 56-page document, which first surfaced in the popular NeoGAF forums, presents itself as a road map for the Xbox system through 2015, including alleged details on the so-called Xbox 720, a unique glasses display, and a focus on cloud gaming.

There’s a lot of talk making the rounds these days about used games and the next generation.

The popular theory is the next Xbox or PlayStation 4/”Orbis” might altogether block people from playing previously owned games – something that has the core gamer base feeling a bit backstabbed. But the shock of seeing these reports seems to be causing those same people to lose perspective. 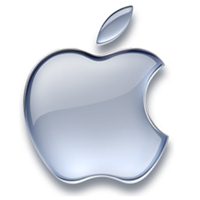 industry devours any scraps of gossip about the next Xbox or PlayStation, Gamasutra editor-at-large Chris Morris wonders if Microsoft and Sony are paying enough attention to Apple’s threat to the living room.

As the next generation of console systems looms, and the industry devours any scraps of gossip about the next Xbox or PlayStation, I’m starting to wonder if Microsoft and Sony are paying enough attention to Apple – and the threat it presents to their living room dominance.

While Steve Jobs never had a big interest in the gaming world, the app store quickly made the iPhone, iPad and iPod Touch portable gaming powerhouses – albeit using a vastly different model than Nintendo and Sony. These days, Tim Cook is running the show – and he’s not an executive who’s going to ignore a $60 billion-plus industry.