the video game industry says goodbye to one generation of hardware, it’s also saying goodbye to a number of high-profile names.

In the past several weeks, well-known, high-ranking executives at Microsoft’s Xbox division and Sony’s PlayStation unit—as well as other less familiar names—have announced their departure, and some analysts say these could reflect broader shifts in the industry.

may have gained an early lead in the battle of the next generation consoles, but Microsoft is launching its counteroffensive—and it’s a big one.

“Titanfall,” a new game from the creators of the “Call of Duty” juggernaut, hits shelves on Tuesday. It’s expected to be one of the biggest games of 2014. And it’s exclusive to Microsoft systems.

Microsoft said Wednesday that it has sold more than 2 million Xbox One units in the system’s first 18 days of availability. That comes roughly a week after Sony said it had sold 2.1 million PlayStation 4 units in the first 14 days.

That represents a total of $1.8 billion-plus in sales of console hardware in three and a half weeks.

won a lot of praise this summer by quickly addressing gamer criticisms of the Xbox One after its June unveiling at the E3 game convention. Unfortunately, as the launch date approaches, it’s clear that the wide scope of the changes announced created a time crunch, leaving little time for the team to polish the console’s features.

The result is a system that often feels half-baked. While it’s easy to see where Microsoft wants the Xbox One to be, it’s not quite there yet.

than a year ago, much of the world hadn’t heard of Julie Larson-Green.

Today, plenty of people are talking about her.

As the search for a new CEO at Microsoft continues, most eyes are focused outside the company. But those who are looking internally have Larson-Green on their radar. The person some insiders view as Steve Ballmer’s “heir apparent” has spent 20 years building a strong and respected presence within the company. Not bad for someone who was told “no thanks” the first time she applied at the company.

– and the games media – hate the unknown. They thrive in a biosphere where leaks pre-announce major moves and no one is all that surprised when its made official.

That’s what made Microsoft’s decision to replace Don Mattrick with Julie Larson-Green so frustrating for some. She was, to many, an unknown. And that quickly led some to question her qualifications, which eventually led to prophecies of doom for the Xbox in some forums.

Ballmer’s massive overhaul of Microsoft’s executive office and business practices has cleared up the mystery of who will take over the Xbox division after the shocking departure of Don Mattrick.

The reorganization, announced Thursday, will put two long-time veterans of the company in charge of its console division, with different areas of focus.

Don Mattrick and Zynga were meant to be, after all.

As the gaming world struggles to comprehend the move by the one-time head of Microsoft’s Xbox division to the CEO’s office of the struggling social and mobile gaming giant, details are coming to light that could explain not only why Mattrick made the move, but that it was a long time coming. 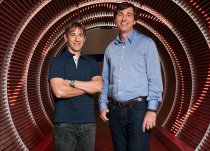 aren’t a lot of genuine surprises in the video game world these days, but Don Mattrick’s jump from Microsoft to Zynga Monday certainly qualifies as one.

Zynga has been struggling mightily since its debut as a public company, and many people felt Mark Pincus would never relinquish the CEO spot. But will Mattrick taking those reins be enough to turn the company around? And who’s taking over Xbox at Microsoft?

Mattrick is the hero of Microsoft’s Xbox team. It was under his leadership that the videogame console rose to the top of the market—and finally became profitable.

Now, he’s hoping to pull of a similar miracle at Zynga—but it’s a move that has left investors, Microsoft and the gaming world baffled.