this: Your doctor prescribes a new medication, but once you start taking it, you begin to feel a little off. While the smart thing to do is call the doctor or pharmacist, the more common action today is to hop on the Web and see if you can figure out what’s going on.

As it turns out, that self-diagnosing and hypochondriac-like behavior could help save people’s lives. 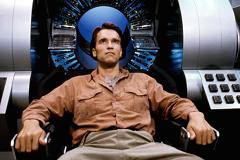 Bell, 79, doesn’t expect to die anytime soon. But when the time inevitably comes, his grandchildren—and, when they’re born, his great-grandchildren and their children—will have an insight into his life that few descendants ever get.

For nearly 15 years, Bell, researcher emeritus at the Microsoft Research Silicon Valley Laboratory, has been painstakingly digitizing and categorizing his life, storing personal and professional moments as part of a “lifelogging” project done in conjunction with a Microsoft research program called MyLifeBits.

big data is fast becoming an essential tool for businesses and marketers, it can still be hard for the average consumer to grasp. Faced with dense data sets and jargon-like “Hadoop,” people’s attentions tend to quickly wander elsewhere.

But big data isn’t all about optimizing shipping routes and streamlining customer support calls. Sometimes, it reveals details about the world we might never have suspected. As data scientists crunch more and more numbers, they’re finding a few startling trends— and they’ve managed to conclusively prove some long-held beliefs.

digital world has done more than change the way music is delivered to fans. It has revolutionized how labels find new acts and position existing ones.

While the days of scouts stumbling across the next big artist in a darkened bar are not completely gone, they’re quickly being replaced by deep data mining. And agents and labels are increasingly leaning on social media to help guide a performer’s career.

big data to the average person on the street and you’ll often get a yawn—or outrage. It’s an overarching term that generally brings one of two things to mind: the NSA’s PRISM project or automated suggestions at major e-commerce sites. Either way, the assumption is it’s not something that affects their day-to-day lives.

But there’s a lot more to big data than snooping and up-selling. And, as it becomes an increased part of business life, it’s having a bigger impact on everyday occurrences than you might realize. 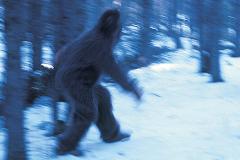 data have been used for a variety of unusual things, but its latest use might be its most strange yet: The hunt for Sasquatch.

Josh Stevens, a PhD candidate at Penn State University, has compiled 92 years worth of data on Bigfoot, showing where the mythical creature has reportedly been wandering—and how it compares to population growth in North America.

The adult entertainment industry is experiencing another big moment, and again, content format is critical to the changes taking place.

an average day at Electronic Arts, players of the video game publisher’s hit title “Battlefield 3” create over one terabyte (TB) of data. In the course of a month, the company will collect more than 50 TB from its respective titles.

For a long time, that information wasn’t immediately harvested. Certainly, it would be sifted through as planning began on a sequel, but that was about it. Eighteen months ago, however, the company realized it was ignoring valuable data, and launched a program to change that.

Today, that program is quickly becoming one of EA’s most valuable assets.

for a career change or a college major that’s all but guaranteed to result in a hefty salary with copious benefits? Big data may not seem the obvious choice, but it could be your best.

With more and more companies using big data, the demand for data analytic specialists,—sometimes called data scientists, who know how to manage the tsunami of information, spot patterns within it and draw conclusions and insights—is nearing a frenzy.

you’re creating a new way of storing and processing data for global business infrastructure, a little fun can go a long way toward relieving the pressure. No one knows that better than Doug Cutting, chief architect of Cloudera and one of the creators of the curiously named Hadoop.

When he was creating the open source software that supports the processing of large data sets, Cutting knew the project would need a good name. Fortunately, he had one up his sleeve—thanks to his son.