was not kind to the video game industry.

One major publisher was split into pieces. One high profile development studio was shut down and another seems likely to be headed in that direction. And another publisher is trading in the Nasdaq red zone. What’s going on? 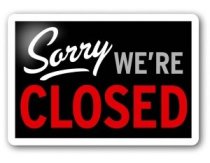 sad truth of the modern video game industry is that regardless of how talented (or lucky) a game maker is, nobody has unlimited lives.

January was certainly proof of that. A one-time powerhouse publisher was ripped to shreds. A legendary developer was handed a pink slip. If things don’t radically reverse course, the next month or two could see another studio and another game god meet the same fate.

Spector has never been afraid to polarize gamers. He is, in many ways, the epitome of the “go big or go home” style of game making – and he’ll be the first to tell you that he’d rather fail in spectacular fashion than do something that bores him.

But there has never been a split like Epic Mickey. It was a game that was beloved by some and ripped to shreds by others. It was the best selling single-platform game in Disney’s history — but critics thumped Disney for leaving money on the table, citing the game’s decision to release exclusively on the Nintendo Wii and its post-Thanksgiving release date.

his lengthy career as a video game developer, Warren Spector has had his share of commercial hits and misses, but he’s rarely had a critical failure.

His 2010 release Epic Mickey split critics, however. Some heaped praise upon it, while others panned it harshly. Those diametrically opposed views gave the game a fairly low Metacritic score — the lowest mark Spector had ever received.

Disney is swinging the axe at its gaming

arm, cutting a substantial number of positions as it transitions from being a packaged goods company to a player in the growing digital videogame space.

Disney declined to give the number of people affected, but Mouse House insiders said as many as half of Disney Interactive Studios’ 700 staffers may have been cut.

Disney is swinging the ax at Disney Interactive

Disney declined to give a number of people affected, but speaking off the record, people who were affected by the move said it could be as much as half of Disney Interactive Studios. Several vice presidents and directors were among those cut. (Variety has been unable to verify the exact count.)