the hacker group behind a rash of massive security breaches, might be turning its attention back to Sony.

In the fading days of 2011, the loosely collected group released a YouTube video expressing its outrage at Sony’s support of SOPA, a controversial piece of legislation aiming to curtail online piracy. That’s got some people concerned, since the last time Sony and Anonymous clashed, it opened the doors for the largest data breach in online history. 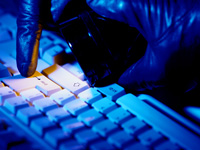 has been a busy one lately.

The blend of high-profile cyber intrusions and denial of service attacks, mixed with vague anonymous threats delivered by mechanized voices and curiously timed offline periods for major corporations, have prompted some conspiracy theorists to wonder — Is there a hacker movement underway to undermine big business and/or the economy?

‘Anonymous’ may not be

quite as anonymous as they believed.

The FBI has arrested 16 people as part of a crackdown on the Internet’s best-known hacker group. These come on top of five arrests by British and Dutch police yesterday, which were part of a coordinated effort.

No one in the entertainment world

wants to be Sony these days.

After a security breach resulted in the theft of personal information in more than 100 million user accounts, it didn’t seem things could get much worse. But a series of rapid-fire smaller hacks to sites in Canada, Thailand and Indonesia — along with an exploit on Sony’s PlayStation site that temporarily put accounts at risk again — continued to endanger the company’s reputation with consumers.

Instead of the muffled competitive snickering that usually occurs when a rival stumbles, other entertainment companies have watched in fear as the drama has played out, knowing that their own online operations were spared only by the whim of the hacking community.

As Sony continues to determine the severity 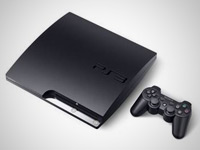 and scope of a recent cyberattack that saw personal information for over 100 million customer accounts stolen, Congress is demanding answers.

After declining a request by the House Subcommittee on Commerce, Manufacturing and Trade to attend a hearing today on online data theft (including how Sony handled the security breach), the company has released a letter from Kazuo Hirai, chairman of the board of Sony Computer Entertainment America, to the committee. 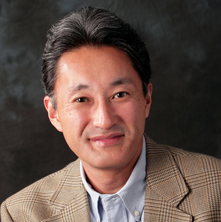 accusations, but pointed an accusatory finger at the collective group of hackers who go by ‘Anonymous’.

The company, in a letter written to the House Subcommittee on Commerce, Manufacturing and Trade, said it does not yet know who was behind the attack, but it had found a file planted on the server of Sony Online Entertainment named “Anonymous”. (SOE just yesterday announced it had discovered hackers had accessed and stolen information from 25 million accounts.)

Hackers have managed to cut Sony off at

the knees in several of the most competitive aspects of this generation of video games.

For the past five days, the PlayStation Network has been offline—making it impossible for PlayStation 3 owners to play multiplayer games, download updates to titles or use their PS3 to stream movies and music. This represents the most serious outage the service has faced since its start in 2006.