No one in the entertainment world

wants to be Sony these days.

After a security breach resulted in the theft of personal information in more than 100 million user accounts, it didn’t seem things could get much worse. But a series of rapid-fire smaller hacks to sites in Canada, Thailand and Indonesia — along with an exploit on Sony’s PlayStation site that temporarily put accounts at risk again — continued to endanger the company’s reputation with consumers.

Instead of the muffled competitive snickering that usually occurs when a rival stumbles, other entertainment companies have watched in fear as the drama has played out, knowing that their own online operations were spared only by the whim of the hacking community.

Fame in the hacking community 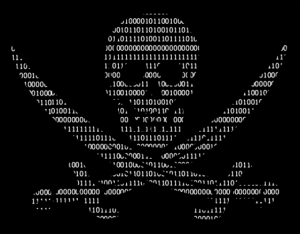 is a rare and fleeting thing. Kevin Mitnick found it – and served time for it. And more recently, the decentralized group “Anonymous” has been the reigning top dog.

But in the last month, a new contender for the throne has made a big push – and a lot of entertainment companies have been casualties of this war.

Everyone hates a copycat, but the cyber 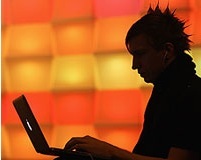 attack on Sony’s PlayStation Network has created more than a few. For hackers seeking notoriety or fame, there is no easier target these days than gaming companies.

The latest victim is Bethesda Software, makers of hit games like Fallout 3 and the Elder Scrolls titles. LulzSec, the group that has claimed responsibility for the Memorial Day weekend takeover of PBS Websites (posting false news stories that rapper Tupac Shakur was still alive and living in New Zealand), says it has breached the company’s servers and plans to release the data today.

Police in Spain have arrested

a trio of hackers who officials say could be a part of the recent attacks on Sony’s PlayStation Network.

Reuters reports the three suspected members of the loose hacker alliance known as Anonymous are being charged with cyber-attacks against Sony, governments, businesses and banks.

Hackers say they have once again penetrated

Sony’s Website , and this time they’re releasing the information they found.

The hacker group LulzSec, which claimed responsibility for the takeover of PBS’s servers over Memorial Day, released a file Tuesday afternoon online that it says contains personal information for over 1 million users of SonyPictures.com.

No one is more eager than Sony to put

the recent cyberattacks on the PlayStation Network behind them. Unfortunately, there are still some hurdles to clear.

The electronics giant issued an earnings warning Monday, noting that early estimates on the cost of the PlayStation Network breach have hit about $172 million. And that figure could increase in the months to come.

The past month hasn’t been a good one for

First, hackers stole personal information from 100 million accounts at Sony, then Symantec announced that Facebook might have accidentally leaked its users’ information to advertisers and other third parties for several years without realizing it.

The breaches, coupled with some high-profile credit card hack attacks, have people worried—and rightfully so. If they’re not safe with some of the biggest holders of personal data around, is their data safe anywhere?

Network back to life after one of the biggest online security breaches in history, the company may have another problem on its hands.

Sony has blocked user logins on all PlayStation Websites after reports began to circulate on gaming sites and on hacker message boards about an exploit — essentially, a hole or oversight in the system’s security that hackers can use to gain access — that could allow third-parties to take control of user accounts.

After being down for some 24 days, the 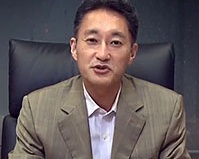 PlayStation Network began welcoming players back to the game over the weekend.

Sony released a mandatory system software update Saturday night, adding new layers of security and forcing users to change their passwords after suffering one of the largest security breaches on record. Users are once again able to play multiplayer games, access their friends lists and use third-party services such as Netflix and Hulu Plus.

With the PlayStation Network up and running 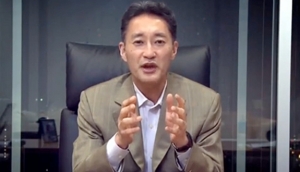 once again, gamers jonesing for some “Call of Duty: Black Ops” multiplayer action or the chance to truly break in their copy of “Socom 4” are finally able to scratch that itch.

But the relaunch of the system is only a partial one – and there are still plenty of questions floating around about what’s next. Here’s where things stand: