and Hermione? Pfft. Two Harry Potter fans are on their way to the altar, thanks to a proposal Dumbledore himself would have approved of.

When Rachel Allison met Jaquie Richards in college, the two quickly became friends – and then something more. Richards was the original Potterhead, but quickly brought Allison on board – so when Allison decided to propose, it wasn’t that hard to determine a theme.

Elder Wand and Resurrection Stone may still be locked away in J. K. Rowling’s imagination, but the third Deathly Hallow made a rare appearance on stage in Long Beach this week.

Baile Zhang, an assistant professor of physics at Nanyang Technological University in Singapore, showed off his “invisibility cloak” on Monday at the TED2013 talks in Long Beach.

Rowling is about to cast a spell on PlayStation owners.

The author of the “Harry Potter” series and Sony on Monday announced a collaboration that includes new stories from the wizarding world she created that will be brought to live on the PlayStation 3.

Thursday, I join Chris Salcedo and Lori Lundin on the mid-day edition of America’s Radio News Network to discuss trends and news in the technology and video game space. Today’s topics were the latest Apple TV rumors, Harry Potter eBooks and a look at the staggering number of hacker attacks in 2011.

In June, the Syfy

Channel and THQ debuted “Red Faction: Origins,” a television movie that not only received decent reviews, but was also the test pilot for a potential series.  Days later, the latest game in the series – “Red Faction: Armageddon” – landed on store shelves.

Just shy of two months after that, though, all talk the TV series had stopped and THQ had put the game franchise on ice. And that death knell called into question the effectiveness of the transmedia movement.

Read more in the December edition of Official Xbox Magazine

Hogwarts isn’t an easy school to get into.

Pottermore, J.K. Rowling’s interactive Website for fans of her Harry Potter series (as well as the only place to buy eBook versions of the tomes, began the search for its first million members over the weekend – and the competition is tight.

It’s not that often that you 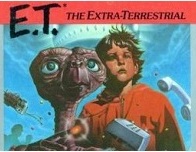 can definitively point to the beginning of a trend. But when it comes to really bad video games based on movies, there’s a pretty clear starting point.

It was 1982, and Atari was hoping to capitalize on the monster success of Steven Spielberg’s “E.T.” It gave the game’s developers less than six months to create the title — and the rush-job showed. Wise players bypassed it and Atari ended up burying thousands — if not millions — of unsold copies in a New Mexico landfill while ushering in what would become known as the great video game crash of 1983.

Harry Potter is going digital, but

he’s bypassing the gaming world for the literary one.

Despite early reports – and an alleged leaked memo – that indicated Pottermore would be an online game with real world prizes, author J.K. Rowling announced a different sort of experience Thursday morning with the formal unveiling of the site.

For the past few weeks, the Web has been 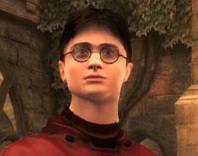 buzzing about J. K. Rowling’s mysterious Pottermore project. And while details won’t be officially unveiled until Thursday, all signs are pointing to it being an online game revolving around the Harry Potter universe.

A leaked memo has revealed Pottermore to be a persistent world that blends World of Warcraft with real world treasure hunts. Users will dig up clues, which will let them find prizes in the real world.

a good knowledge of the series’ mythology, you’re bound to stumble across some head-scratchers in Scene It? Harry Potter HD. The app is a fun trivia challenge that will likely make you want to watch the films or read the books again and illustrates just how vibrant and rich a world J. K. Rowling has created. The use of local multiplayer is a fun one, as playing in the same room increases the intensity of playing against someone (versus an anonymous online interaction). The app’s in-your-face marketing of other products, though, along with occasional lock-up problems during film clips detracts from the fun — and starts to make the $4.99 price tag seem a bit high.