to play the new SimCity? We can’t blame you — it looks terrific. But good luck getting it working.

In what’s becoming a familiar tune to early players of eagerly-anticipated titles that require an Internet connection, the game’s servers were completely overwhelmed when it launched Tuesday, preventing users from playing and angering the long-running franchise’s legions of fans.

won’t be any Tebowing on the cover of this year’s Madden.

The New York Jets quarterback, who was the odds-on favorite to front the next version of EA’s football game, was eliminated in the first round of fan voting in this year’s seeded bracket tournament. Houston running back Arian Foster defeated the media darling in a close matchup. 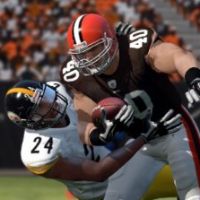 Arts has never let a good PR opportunity slip past, it might be a mistake to dismiss the company’s annual Super Bowl predictions. Gamasutra’s Chris Morris takes a look at Madden’s past results.

While Electronic Arts has never let a good PR opportunity slip past, it might be a mistake to dismiss the company’s annual Super Bowl predictions.

While the Madden prognostications are certainly a final attempt to move software before interest in the football category falls off a cliff until August, the game is eerily accurate when it comes to determining the winner of the big game.

Electronic Arts has found itself in the midst of a legal battle with Bell Helicopter parent Textron over the game maker’s use of images of real world helicopters in the game.

some holiday coal in its stocking Thursday when a California Superior Court judge rejected its argument that it should be excused from a $400 million contract-interference suit.

clocks strike midnight, the rush will be on into EA’s newest massively multiplayer online game – and the only title around that has any chance of giving “World of Warcraft” any sort of competition.

“Star Wars: The Old Republic,” made by the company’s Bioware Studios in conjunction with LucasArts lets players explore the rich universe 3,500 years before the Star Wars films occur in the timeline.

been a lot of love lost between Activision and Electronic Arts. The two video game publishers fight over just about everything.

But with Tuesday’s launch of EA’s “Battlefield 3,” the clash is taking on a particular sense of importance. At stake: The supremely profitable shooter genre – and possibly the fate of EA’s long-in-the-making turnaround. 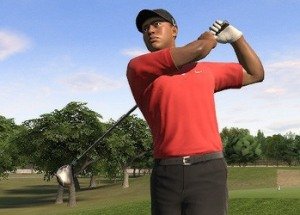 and PS3 versions of Tiger Woods 12: The Masters have been received fairly warmly, the PC version is in the rough. The thick stuff.

Graphics are subpar. The features are lacking. And fans, who have been waiting for a new PC version of the game since 2008, are livid. Now it appears that publisher Electronic Arts is trying to soothe the angry masses.

Chris Morris looks at two traditional publishers — Activision and EA — examining how the packaged game giants will square off in the emerging social media space.

EA and Activision, despite their ongoing war of words, tend to swim in the same waters. Both like the military shooter genre. Both used to like the music genre. And both want to own the MMO market.

To date, that rivalry hasn’t extended to the social gaming and mobile space. While EA has substantially expanded into both fields, Activision has been content to sit back and view the fray from a distance. That could be changing before too long, though.

tend to be a dedicated lot, but now the publisher is launching a program that will help it find the most dedicated.

The company’s just-unveiled Season Ticket program will give die-hard fans the chance to get a three-day head start on new versions of Madden, FIFA, Tiger Woods, NHL and NCAA Football games as well as discounts on any downloadable content.

But that access comes with a price – and a catch.