media can be a lot of fun, but it can really chew up your productivity. The HootSuite app lets you manage your Facebook, Twitter, LinkedIn and FourSquare accounts all in one place.

trading debut of Facebook didn’t exactly burst out of the gate like many people expected. But while the company was getting pounded in mid-day trading Monday,  shares of “tracking” stocks — companies people invested in to own a piece of Facebook before it went public — have suffered terribly in its wake.

None more so than fellow social giant Zynga.

of the social media site’s close ally Zynga briefly hit an all time low Friday and closed down precipitously. Editor at large Chris Morris looks at why investors fled – and what might lie ahead.

Through sheer force of will, Facebook managed to avoid closing at below its IPO price during its first day of trading on Wall Street. Unfortunately, that didn’t help its allies.

Zynga saw its stock lose roughly 14 percent of its value Friday – after briefly dropping to an all time low. Shares of the company closed at $7.12 following what can only be called an insane day of trading.

everyone is celebrating the launch of Facebook on Wall Street.

Shares of the social media site’s close ally Zynga nosedived when Facebook shares began trading Friday morning. The company saw its stock price fall more than 14 percent at one point during the day – with Nasdaq having to halt trading of shares twice due to those fluctuations.

never expected to have to go to the police because of Facebook.

I’m an avid user, checking in multiple times per day, but like most people, I thought of it as a lark—a place to let friends know about minor achievements and grievances, share pictures, and reconnect with acquaintances. And it was – until someone threatened my then three-year old daughter.

While the social game maker endured some close scrutiny during its IPO because of its reliance on Facebook, the relationship is actually more of a codependent one — and Facebook will be the first to admit that.

months after Zynga was center stage on Wall Street, Facebook is readying for its own IPO. And the parallels between the two companies are startling.

At the time (and since it began trading), FarmVille house Zynga was criticized for its over-reliance on the social media site. Investors grumbled that the offering was a dog and pony show — and investors would have no real say in the company’s operations, since the majority of shares remained controlled by Mark Pincus. And the company’s valuation seemed impossibly high.

no secret that Mark Zuckerberg will become an even richer man when Facebook shares begin trading. And you don’t have to look too hard to see his top lieutenants will do quite well also.

But the Facebook gravy train is a long one – and some of the people who will benefit from the initial public offering are ones you might not expect. 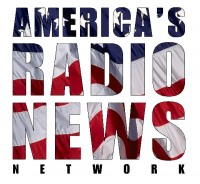 Thursday, I join Chris Salcedo and Lori Lundin on the mid-day edition of America’s Radio News Network to discuss trends and news in the technology and video game space. (Dana Mills sat in for the vacationing Lori today.) This week’s topics were Microsoft’s $99 Xbox 360 offer – and the strings attached to it, shocking statistics on Facebook privacy and a look ahead to next week’s Facebook IPO – and exactly how rich it will make Mark Zuckerberg. 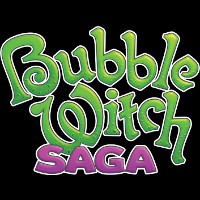 in its ninth year, King.com has rapidly become a social gaming powerhouse after pushing its games to Facebook. Amidst rumors of acquisitions and an IPO, Gamasutra speaks with the Bubble Witch house.

While it’s going to be a long while before anyone gets within striking distance of Zynga’s dominance when it comes to social games on Facebook, the fight for the number two position on that site is a fierce one, when it comes to daily active users.

Three companies are battling for the silver medal — Wooga, Electronic Arts and King.com. EA’s held the lead for a while, but earlier this month King.com broke away from the pack, largely on the strength of its Bubble Witch Saga game.