stars Levar Burton and Kristen Bell have got nothing on Pebble when it comes to crowdfunding.

The smartwatch maker on Tuesday unveiled the Pebble Time, its second generation product, and fans of the company couldn’t hand over their cash fast enough.

million dollars for a watch? Not bad. $13.3 million for a cooler? Impressive. Still, the crowdfunding records set by Pebble and the Coolest Cooler pale when compared to the amount video-game developer Chris Roberts has raised for his next title.

Since kicking off the campaign for “Star Citizen” nearly two years ago, Roberts, the designer of the classic “Wing Commander” series, has raised more than $52 million, and he’s not done yet.

no secret that crowdfunding is a fast-growing movement, but did you know its success leads back to the 2008 financial crisis? A report by the World Bank, issued late last year, credits the crisis as one of the main catalysts to spur interest in crowdfunding, as more traditional forms of equity to establish new businesses became harder to get.

Since then, the numbers have spoken for themselves. Up until now, most people have focused on the figures for specific projects (like the $10.2 million Pebble raised on Kickstarter) or the price tag that some of those projects have commanded in their post-crowdfunding days—i.e. Facebook’s $2 billion acquisition of Oculus.

The Crowdfunding Centre, which has collected data from roughly 125,000 crowdfunded projects worldwide, recently issued a major data analysis of the fundraising practice during the first quarter of 2014. The study, the most recent data available, gives a clear look at just how big crowdfunding has become and offers some insight as to how far it still has to go.

has resulted in some terrific new products that might never have seen the light of day. But for every Pebble Watch and Oculus Rift, there’s a very weird counterpart.

Indeed, people support not only the ingenious items on sites like Kickstarter and Indiegogo but also often gravitate toward the unusual ones, many of which defy logic and reason but astonishingly meet or even exceed funding goals.

Sometimes it’s a joke that goes viral. Sometimes it’s a legitimate product or campaign that may not make a lot of sense to most people. And sometimes there’s just no explanation for the appeal. Here’s a look at 10 of the oddest crowdfunding projects that have actually struck a chord with backers. 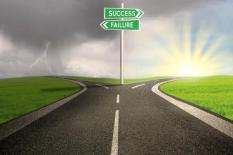 has raised a lot of money in its short history. Over the past five years, contributors to the crowdfunding site have pledged more than $1.2 billion, successfully funding more than 65,000 projects.

Most of those projects raised $10,000 or less, but every now and then there’s a true breakout—something that goes viral and collects substantially more. We’ve already run down the top money earners for you, but what happened after the campaign ended?

Here’s a look at what has happened after backers gave their money, along with some important lessons—both good and bad—that crowdfunding hopefuls can learn from Kickstarter’s 10 biggest success stories.

week, Oculus VR was one of the most loved companies in the gaming world. Today, it’s in damage control mode.

Facebook’s $2 billion acquisition of the virtual reality headset company shocked gamers and game makers alike, who worry that the new owners will lessen the impact Oculus has on the videogame industry.

every great game comes from the industry’s big publishers.

The rise of Kickstarter has put several intriguing titles on our radar. While there hasn’t been a real mainstream hit from the crowd-funding site yet (though games like FTL have come close), that could be about to change. Proven development talent has begun using the service to fund games that didn’t fit into the mold of traditional game publishers. Here are 10 upcoming Kickstarter-backed games that we can’t wait to get our hands on.

the little console that could, may have taken an unusual path to the retail world, but it made it. The $99 Android-based gaming system that was a Kickstarter sensation has exited its beta phase and, as of Tuesday, is available for purchase at online retailers like Amazon, Best Buy, GameStop and Target.

But how does the system stand up to criticism? When Ouya sent out early versions of the hardware to those Kickstarter backers, it was eviscerated in reviews. The company protested, saying what was sent wasn’t final hardware.

Unfortunately, the first looks at the retail system aren’t much more complimentary.

has leveled the playing field for artists in need of funding. But the influx of pros like Zach Braff has many wondering how crowdfunding will be transformed by showbiz (and vice versa).

Over the past four years, Kickstarter has earned a reputation as the place where creators can make their dreams come true by tapping funding outside of traditional industry sources.

When it was first introduced last July, the Ouya game system sounded like a dream come true for gamers frustrated with traditional consoles. With a focus on independent games, an affordable price point and a developer-friendly design, it seemed like a breath of fresh air for the industry.

Now the system is finally in the hands of its early Kickstarter backers — just two months from hitting retail shelves — and it appears the dream may well turn into a nightmare.