is undeniably a big deal, and analysts believe it’s only getting bigger. Ten years after it went public, the search and advertising giant has become an indispensable part of many people’s daily lives.

With a healthy cash stockpile on hand, an active venture capital arm and a cache that’s unrivaled in the online world, Google should be able to not only maintain its king of the hill status, but expand upon it over the next decade, analysts say.

The fast-paced evolution of the mobile world is regularly changing the game, and there is an ever expanding library of apps that make life on the road significantly easier and more efficient—and simpler to navigate unfamiliar towns. We’ve dug up 10 apps that no business traveler should be without.

Roughly one month after deleting the game from the Apple and Android app stores, Dong Nguyen says he’s having second thoughts. But if the game comes back, it’ll be a bit different.

getting in on the video game console act these days.

Game Informer reports that retail giant Amazon is developing an Android-based gaming system, due for release later this year. The company will reportedly use its existing base of Android games to provide a catalog for the system. Amazon is also said to be working on its own controller.

the little console that could, may have taken an unusual path to the retail world, but it made it. The $99 Android-based gaming system that was a Kickstarter sensation has exited its beta phase and, as of Tuesday, is available for purchase at online retailers like Amazon, Best Buy, GameStop and Target.

But how does the system stand up to criticism? When Ouya sent out early versions of the hardware to those Kickstarter backers, it was eviscerated in reviews. The company protested, saying what was sent wasn’t final hardware.

Unfortunately, the first looks at the retail system aren’t much more complimentary.

Microsoft presenting its keynote or hosting a booth at CES for the first time in 14 years, the door is left wide open for another major consumer electronics player to cast a large shadow over the confab in Las Vegas this week.

Expect all eyes to be on Google.

hard not to be impressed with the Ouya so far.

First unveiled in July, it’s a full-fledged home console system powered by the Android OS. Every Ouya is a developer’s kit, turning every owner into a potential developer for the system. It costs $99, hooks up to your TV, comes with a gamepad, and is the size of a Rubik’s Cube. Pretty compelling stuff.

not a company afraid to reach into its pockets.

In the course of its 14-year history, the Internet giant has purchased more than 100 other businesses — spending over $22 billion in the process — and it doesn’t look to be slowing down anytime soon.

Chris Morris picks apart the ESRB’s recent push into the mobile app space, and wonders how these ratings will fare without Apple and Android’s support.

While you have to admire the Entertainment Software Ratings Board’s push into the mobile app space, it’s hard not to be disappointed with Tuesday’s joint announcement with CTIA.

Getting AT&T, Microsoft, Sprint, T-Mobile USA, U.S. Cellular and Verizon Wireless on board is a step, yes, but it’s akin to announcing a new Grand Theft Auto that’s being made by first year game development students. It sounds great, until you think about it for a couple seconds. 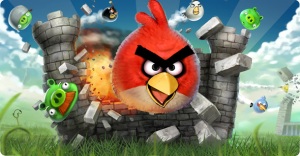 the iPhone, iPod Touch and iPad as gaming devices has done plenty to worry executives at Nintendo and Sony for a while now, but new numbers from Flurry Research may cause even more agita.

The mobile analytics firm says revenues from the iOS and Android gaming markets are now higher than that generated from traditional portable systems from the two gaming giants. And in a $3.3 billion market, that’s noteworthy.