we’ve put together a pretty thorough list of the innovators, visionaries and agents of change we expect will have a big impact over the next 25 years, we weren’t content to stop there.

There are plenty of young minds at work who didn’t make our list, because they’re largely unproven, but they’re still doing some pretty amazing things at this early stage in their life.

These teen and preteen superstars—they’re all under age 20—come from diverse backgrounds and focus on widely different fields. But they all stand on the cusp of greatness, and they’re definitely worth keeping an eye on.

Venturebeat is reporting Google has signed a deal to buy game-streaming service Twitch, for $1 billion. (Both companies are declining to comment on the report.)

online video titans are about to team-up.

Variety and The Wall Street Journal are both reporting that Google’s YouTube is in negotiations to buy video game streaming service Twitch. Variety says the deal has been reached, with a price of $1 billion. The WSJ, though, contends talks are still in an early stage.

idea that someone can become rich by mugging for a Webcam or recording themselves doing things millions of other people do might seem ludicrous to some people, but the number of YouTube millionaires is on the rise.

Many of the site’s biggest stars, in fact, are millionaires several times over. Some put together elaborate comedy routines. Some have found a unique way to make money by playing video games. And others simply play with toys.

and game video network Machinima are defending a recently discovered advertising arrangement between the companies, but experts say they could be facing extended trouble down the road.

Word of the partnership came out earlier this week via Ars Technica. According to leaked documents, well-known Machinima YouTube video creators were paid a bonus by Microsoft for highlighting the Xbox One in their video content. However, the terms of the agreement stipulated that Youtubers not disclose they were being paid to promote the console. In other words, they were getting paid to pimp the system but were told not to tell anybody — nor say anything untoward about the Xbox One.

football players do it. White House officials probably come closer than they should to doing it. But could your “sweet” kid also be involved? Or, even more heartbreaking, be a victim?

The digital world has become a haven for cyberbullying—bullying that takes place with the help of smartphones and computers and via methods including email, social media and text messaging. What’s more surprising is how widespread this behavior has become—and the gravitational effect it has on children who might otherwise not be part of the bullying process. While parents may think they understand how modern bullying works, their kids beg to differ. 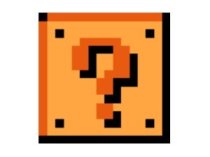 week between Christmas and New Year’s Day is joyful for gamers. With no school, work or any real responsibilities distracting you from that stack of new games you just unwrapped, it’s the perfect time for some serious play.

Until, that is, you run into a puzzle you can’t solve, a boss you can’t beat, or a map that leaves you disoriented.

Don’t worry — there’s plenty of help online. Here’s where to find fast answers to your questions about the season’s biggest titles.

not a company afraid to reach into its pockets.

In the course of its 14-year history, the Internet giant has purchased more than 100 other businesses — spending over $22 billion in the process — and it doesn’t look to be slowing down anytime soon.

continues to roll out new entertainment offerings for the Xbox 360.

You have to approach Baby

Monkey (going backwards on a pig) with your tongue firmly in your cheek. Based on the YouTube hit video and featuring the catchy can’t-get-it-out-of-your-head-no-matter-how-hard-you-try song by Parry Gripp, it weaves in plenty of other Gripp’s YouTube creations (like Nom Nom Hamsters and Space Unicorns). It’s cheesy and fully embraces its ridiculousness.

The real joke is the game isn’t a bad one. It’s a standard platform jumper and suffers from a lack of variety (you constantly have either the pig, monkey, or both jumping to grab bananas). The controls are a little complicated, though, and the game isn’t very forgiving of mistakes, yanking away the multiplier that boosts scores when you miss a single banana. And all the while, you’ll be listening to the semi-annoying, but catchier than it has any right to be Baby Monkey song, which you’ll carry with you long after you stop playing the game.