epic saga of Duke Nukem has taken another unexpected twist.

3D Realms, the creator of the iconic gaming character, is suing Gearbox Software, saying it is due $2 million in royalties over sales of Duke Nukem Forever.

The curse that has plagued Duke

Less than a week after its release, the game has torpedoed a PR firm and dinged the stock of a publisher whose investment was minimal. And, in a sad, ironic twist, it’s still likely to qualify as a hit.

[In this opinion piece, Gamasutra editor-at-large

Chris Morris discusses why the latest delay to Gearbox’s Duke Nukem Forever is actually a good thing, with other upcoming gaming releases taken into account.]

Given the game’s long, dubious history, the latest delay of Duke Nukem Forever shouldn’t have come as a shock to anyone.

It’s certainly not a long one, by Duke standards. And while some doubters in gaming forums across the internet have seized on this as a chance to say “I told you so!,” most fans and developers have barely blinked at the news, except perhaps to tip their hats at the clever way Gearbox announced the news.

The most delayed video game of all

time is adding to its record.

Duke Nukem Forever, which has been in development for over a dozen years and very nearly died in 2009, won’t make its targeted May 3 release date. Instead, developer Gearbox Software has announced (via a clever, but not entirely work safe YouTube video) that it will ship to U.S. players on June 14.

No one would ever accuse Duke Nukem of being

a closet feminist, but the cigar-chomping, buzz-cut sporting, alien butt-kicker is stirring the pot once again.

The multiplayer modes for the imminent Duke Nukem Forever have been announced (via the April issue of Official Xbox Magazine) — and one, dubbed “Capture the Babe,” has raised some eyebrows.

golden age in the early 1990s, concepts like “stealth” and “consequences” weren’t even a glimmer in developer’s eyes. The focus was on over-the-top carnage. The premise: if it moved, shoot it – though you could also kick, punch or stab it, depending on the title.

As the industry matured, though, in-game violence evolved. Narratives were added to the action, and heroes became more than one-dimensional instruments of destruction. It wasn’t a bad thing, per se, but it seemed like a move away from what hardcore action titles were all about.

running punchline in the video game industry, finally has a ship date – and all signs are the game will actually stand by this one.

After more than a decade in development, an apparent cancellation, an IP ownership transfer and a miraculous revival, the long-in-development game will finally hit retail shelves on May 3.

[In a light-hearted post-Christmas countdown, Gamasutra

editor-at-large Chris Morris examines the unexpected moments of 2010 in gaming, from Justice Kagan on Mortal Kombat to Panasonic’s Jungle.]

Talk about a topsy-turvy year. The video game industry has weathered its share of good and bad in 2010, but what made things really interesting were the completely unexpected moments – things we could never have predicted, no matter how many clues we were given.

From THQ’s decision to launch an experimental pricing strategythat could lob $20 off the price of games if it’s successful, to the return of a circus-like E3 environment (topped by Activision’s Lollapalooza-like concert), there were plenty of shocking moments in 2010.

[In this Gamasutra editorial, editor-at-large Chris Morris looks at Rockstar’s

Red Dead Redemption and its much-delayed development cycle, examining whether taking your time in completing development on your game makes creative and business sense.]

Before Red Dead Redemption became the year’s best-selling console title to date (and an earnings savior), Take-Two Interactive Software took a lot of heat over the game’s five-year development span.

To be fair, it seemed legitimate at the time. Take-Two (and especially its Rockstar division) has never been the speediest of companies when it comes to getting games on store shelves. 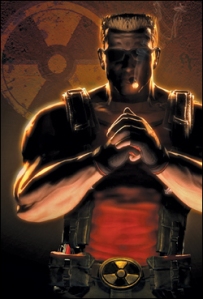 to the big screen — but the Na’Vi have nothing on “Duke Nukem Forever.”

First announced in 1997, this videogame — featuring one of gaming’s best known characters — has been re-thought, re-booted and presumed dead multiple times. On Friday, Take-Two Interactive Software pulled off one of the gaming world’s biggest surprises, not only announcing a firm release date and expanded platform footprint — it will ship in 2011 for the PC, Xbox 360 and PlayStation 3 — but letting stunned gamers play it for the first time at last weekend’s Penny Arcade Expo, a fan-centric gaming event held in Seattle.