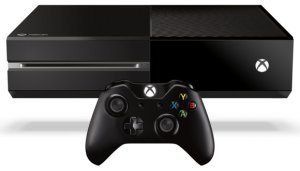 second quarter – those days that run from April 1 through June 30 – don’t tend to be big saleswise for video game companies. But this year (at Microsoft, at least) seems to be an exception.

The company, as part of its quarterly earnings statement Tuesday, announced it had sold 1.1 million Xboxes in that period – about 100,000 more than it did in the same time a year ago.

PlayStation 4 may have gained the early lead in console sales, but a new promotion, aimed at a subset of Xbox 360 owners, is offering a pretty compelling incentive to upgrade to the Xbox One.

NeoGAF user BeforeU rooted out the promotion, which offers a code for a $75 promotional credit to select users who buy either an Xbox One or Xbox One bundle. The offer is apparently appearing onscreen for select Xbox 360 owners when they turn their Internet-connected systems on.

Researchers at Stanford may have just solved that particular Holy Grail. A team in the electrical engineering lab has created an Xbox 360 controller that gauges your brain activity as you play — and alters the game to react accordingly.

Microsoft and Sony took some heat when they announced that neither the Xbox One nor the PS4 would be backwards compatible. Sony had a solution in its pocket, though, with its upcoming game streaming service,PlayStation Now. Microsoft was left a bit flat-footed.

But now, the company says it’s thinking about rolling out an emulator for Xbox One to let people play Xbox 360 games.

the rush of next generation titles being pushed these days, you might think that Xbox 360 or PlayStation 3 in your entertainment center is quickly becoming outdated equipment.

And while it’s true that the previous generation of consoles are past their peak years in terms of exclusive releases, game publishers say they have no plans to abandon the platforms anytime soon.

countdown is on for the launches of the Xbox One and PlayStation 4, but the next generation won’t be cheap. The PlayStation 4 carries a price tag of $400, while the Xbox One is $500 — and that’s not including extra controllers, subscription fees and, oh yeah, the games.

The good news? Those systems sitting in your entertainment center can help you bridge the financial gap. But they may not get you quite as far as you were hoping.

that Sony and Microsoft are finally talking about their next generation console systems, all eyes are on the future of the PlayStation 4 and Xbox One.

But despite the marketing shift, the majority of gamers won’t pick up either machine this holiday season — and it could be several years before they do so.

week’s E3 conference was a celebratory look at the growth that’s expected to come in the gaming industry’s near future. This week, though, it’s back to the present — and its harsh realities.

Retail sales of video game hardware and software were down 25 percent in May, according to The NPD Group. Total software sales — combining console, portable games and PC titles sold at retail — were down 44 percent compared to last year to $187.6 million.

seems to be making a habit out of shooting itself in the foot.

With gamers still smarting over the company’s $499 pricing announcement for the Xbox One, the head of the Xbox division has ruffled more feathers in addressing concerns about the system’s demand for a internet connection.

transition of videogame consoles into something more than just game machines started in 2000. Sony, in one of its most prescient moves, included a DVD player in the PlayStation 2 — at a time when the technology was still relatively new and expensive. And consumers couldn’t buy the system fast enough.

The speed of consoles’ evolution has increased dramatically in this generation, and the dawn (and explosion) of streaming media has been a large part of that. As Nintendo launches its next generation system — and Microsoft and Sony prepare for theirs, non-gaming elements are shaping up to be a critical part of the landscape.