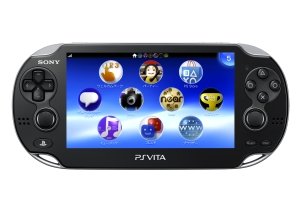 eerily quiet for months on when gamers outside of Japan would get their hands on the PlayStation Vita, Sony has finally come clean.

The next-generation handheld gaming system will go on sale in the U.S., Europe, Canada and Latin America on Feb. 22 of next year, just over two months after it goes on sale in Sony’s home country.

In late April, there wasn’t a company 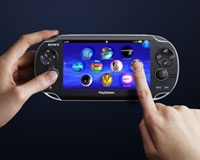 in the world — inside or outside of the video game industry — that wanted to be Sony. By the end of December, though, there are likely to be several willing to switch places.

While there’s no denying that 2011 will not go down as the PlayStation’s greatest year, Sony actually seems poised to bounce back significantly from its hacker problems (and the accompanying PR disaster) by the time we’re singing Auld Lang Syne.

a real name at last.

Sony, at its pre-E3 press conference Monday, announced that the next generation handheld system, which was previously codenamed NGP, would be called PlayStation Vita – and would carry a price of just $249 for the Wifi version and $299 for the 3G-enabled version. The system will hit store shelves this holiday season.

As the iPhone has stolen the media spotlight and

been touted as the sole competitor for Nintendo’s dominance of the mobile gaming market, Sony has been somewhat left in the shadows.

That’s understandable, to a point. The company’s first handheld gaming system – the PSP (PlayStation Portable) – never quite lived up to its promise as a true rival to Nintendo’s dominance of the market. And despite the company’s efforts to refresh the PSP brand over the past six years, it never hit the cultural zeitgeist that many expected.

Sony’s efforts to stay competitive in the

handheld gaming space have hit a snag following the devastating earthquake and tsunami in Japan.

Sony officials say the disasters may delay the release of their NGP handheld, with the system releasing in just one region of the world this year instead of all three. That could give Nintendo and Apple a chance to cement a solid lead in an increasingly competitive space.

For the past four years, Nintendo and Apple have

been grappling for control of the mobile gaming market — but last month, the stakes got higher.

The 3DS, a handheld system that presents games in stereoscopic 3D without glasses, hit shelves March 27, representing one of Nintendo’s biggest bets in years. And early indications are it was a winning one.

Entertainment’s John Smedley about the next generation of EverQuest, NGP development and why “You can bet our future is more console-based than it is PC-based.”

Before Thursday, there was a lot to talk about when it came to Sony Online Entertainment. Then the layoffs hit – and there was only one subject on people’s minds.

Unfortunately, my talk with SOE president John Smedley was held on Tuesday – long before even the rumors of layoffs had begun to swirl. And, not surprisingly, SOE wasn’t making him available after shutting down three of its studios and laying off 205 employees. So while there’s no look as to what led up to the Thursday axings, Smedley was still willing to look into the company’s future in the days leading up to it.

Ten years ago, the thought of a battle

in the portable gaming market was ludicrous. Nintendo had held such a dominant position in the space for so long that it seemed impervious to any sort of challenge.

The field was littered with failed opponents, but things started to get a little more interesting in late 2004, when Sony jumped into the market with the PSP. By the time Apple launched the App Store in 2008, a full-fledged war was underway.

for a download only model, might not be a roaring success, but Sony’s doubling down on digital distribution as it prepares its next generation handheld gaming system.

The head of Sony Computer Entertainment Europe says that every game on the so-called NGP (Next Generation Portable) will be available to buy as a download the same day the physical game appears on store shelves. 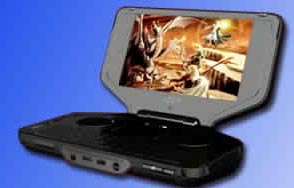 The consumer electronics company has abandoned its plans to create a handheld gaming device – which was codenamed ‘Jungle’ – that would have focused on massively-multiplayer online games for the portable audience.